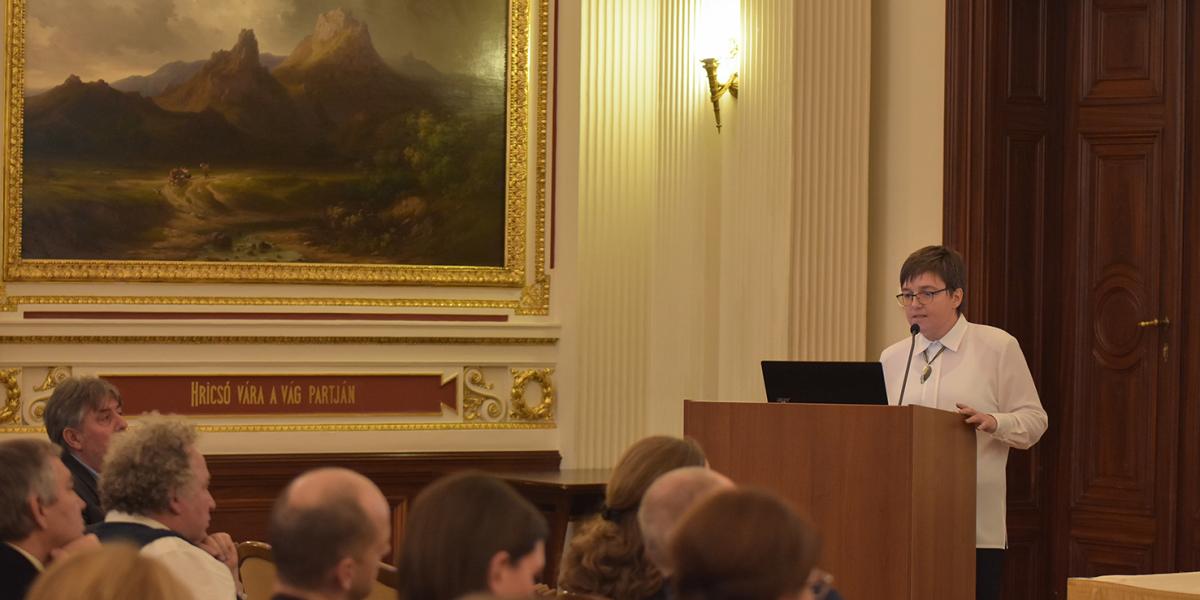 MTA ATK TAKI organized a lecture day entitled "Soil and Environment" on the occasion of the Hungarian Science Festival, which took place on 28 November 2018 in the reading room of the Hungarian Academy of Sciences.
The lectures highlighted the versatile functions of the soil, the importance of their preservation.

In her presentation entitled “Diagnostic Approach to Soil Characterization”, Erika Michéli, head of department at Szent István University, gave an overview of the history of soil classification from ancient times to the present, as well as the renewed Hungarian soil classification system.

László Pásztor, head of department at MTA ATK TAKI, presented the spatial aspects of the relationship between soil and environment.

More photos from the event