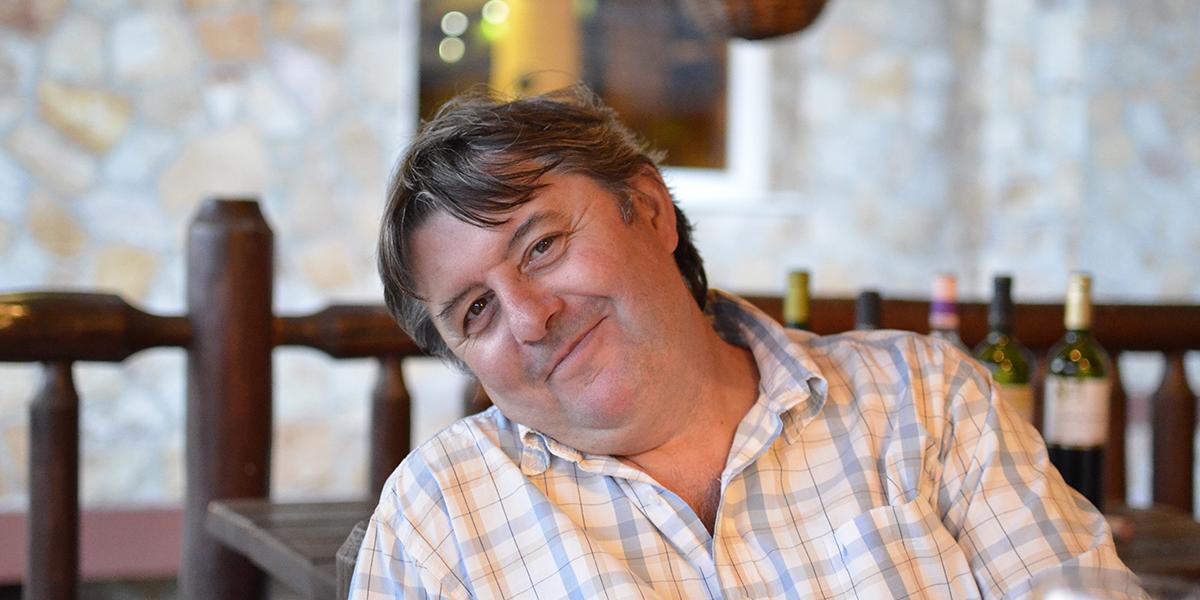 We are shocked to learn that József Szabó, director of ATK TAKI, died on 2 July 2020, at the 60th year of his life.

His memory will live forever in our hearts.

There are things we don't understand, and we never will. They happen and we have to accept it. Even if that seems impossible.

We've lost a real Captain. The current, the coercive force of the continued transformation in which he governed the Institute, could not be diverted, but it was always driven by the long-term goal of survival and togetherness. Even if he was caught up in discouragement at times, he did not surrender, he knew we needed his faith, his determination. We felt he was the strongest, recognizing the way forward in stagnant situations, trusting his decisions, even if we didn’t necessarily agree on everything. He protected us like a shield, poured soul into us, and fought fights that no one else would have been able to. He knew all the intricacies of tactical games, and even if he was not happy to fight our battles, he took them on and never shifted the responsibility of the decision to anyone else. He knew and accepted that it was his job in our little world to maintain, defend and move the Institute forward, to keep the "team" together, as he affectionately called it many times.

Blessed with a strange and rare talent, he saw behind the surface, sensed what might be hidden in a man, what would inspire him and what he might be capable of. He knew us better than we know ourselves. He often tested the ‘youngsters’ as a good captain. He was curious how interested, independent they were, whether they understood the task they should solve, whether they were able to transcend their own perceived limitations. He acknowledged with quiet satisfaction that if a "rookie" passed the test, he accepted them as a member of TAKI and knew he could count on them.

He created a disciplined team and the team would have done anything for him, he knew that and he never asked for the impossible. Only once, that day, in those minutes that became hours. We tried to do it calmly, professionally, with half-words, as he would have expected. In any other position it would have helped, but it was not enough that day. There remained a stunned wall of silence, a common inner voice of believers and non-believers, the not like this and not now, the flashing of the blue light, the dreadful hopeful anticipation, and then the silence.

“Valaki útravált belőlünk” - Ady described the loss he had suffered in his poem, and perhaps there is nothing that can describe more expressively the separation of a loved one from our lives. We're left with the remorse of the survivors, the anxious feeling that maybe if we took more of the burden off his shoulders, or if something had happened differently, maybe it wouldn't... and remain unanswered echoes of questions.

James will never be alone, that’s for sure. On the other side, Attila's waiting for him to have a long talk, into the night… Here, our tears will slowly be recalled by the recollection of shared memories, we will be authentic chroniclers of the journey he has travelled, making him the soul of the “team” in the same way as before.
We're grateful to Fate for bringing us together.