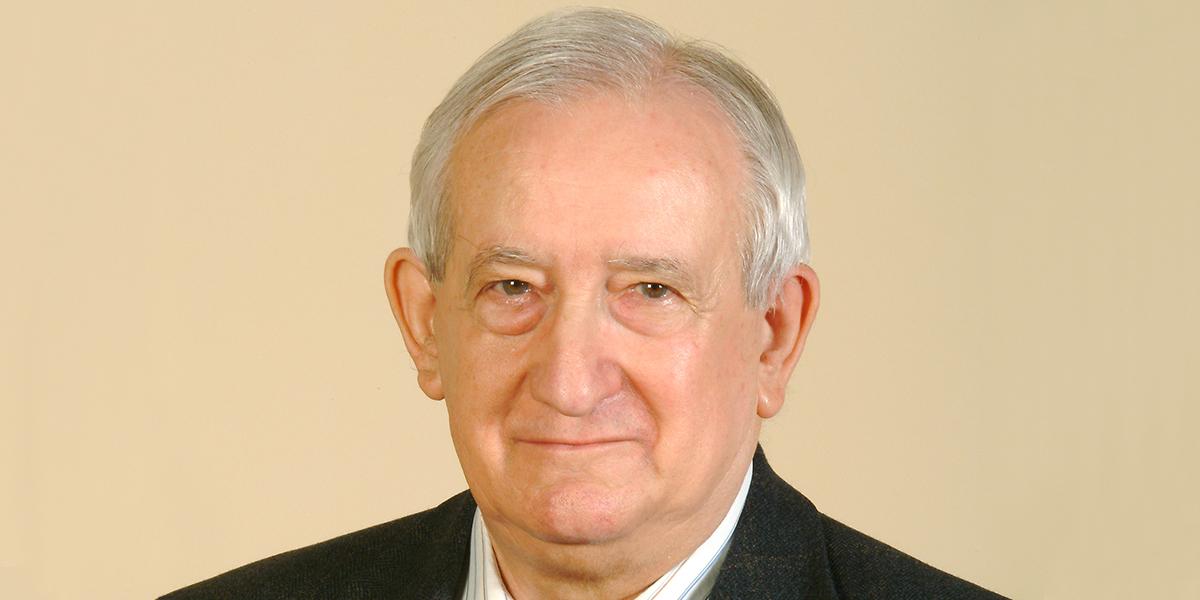 György Várallyay, academic and emeritus professor at the Institute of Soil Sciences and Agricultural Chemistry at the Hungarian Academy of Sciences, died on 2 December 2018 at the age of 83.

György Várallyay was born in 1935. In 1957 he received a degree with honours in agricultural engineering from the University of Agricultural Sciences in Gödöllő. From 1957 to 1960 he worked in the Soil Department of the National Agricultural Quality Testing Institute in Mosonmagyaróvár as a consultant in soil mapping and soil improvement. At the Institute of Soil Sciences and Agricultural Chemistry of the Hungarian Academy of Sciences, he dealt with the mapping, irrigation and water management properties of saline soils. In 1964 he defended his doctoral thesis in Gödöllő, and 4 years later he defended his candidate thesis on the salt accumulation processes of the soils of the Danube Valley. He took intermediate and advanced language exams in Russian and English.

He participated in the Tisza II. irrigation system impact assessment, joined the Saline Subcommittee of the International Soil Science Society and worked as an expert in Yemen.

In 1969, on a scholarship study trip to the Netherlands, he introduced new, modern soil physics and water management measurement methods in Hungary, changing research topics. His timeless merit is that it was used in the MÉM standard issued in 1978 for the examination of the physical and water management properties of soil, compiled for the MÉM Soil Physics Laboratories. In 1975 he was the author of the soil physics chapters of Professor Stefanovits' university textbook "Soil Science". His name is associated with the compilation of the soil data background of the academic programme "Assessing the agroecology potential of the country" and the editing of a soil map with a scale of 1:100,000 as well as the development of a new category system for the characterisation of soil water management.

For 26 years from 1981, as director of the Institute, he also took on a wide range of responsibilities in scientific public life, and also took part in undergraduate and postgraduate training at agricultural and scientific universities. György Várallyay earned an appreciation for Hungarian soil science with his expertise and preparedness at the Hungarian and international conferences. His enjoyable style lectures popularized soil science subjects among university students.

In 1988, with his dissertation "Soil Water Management", he was awarded the degree of "Doctor of Agricultural Science".

From then on he took on an even more diverse role in scientific public life, including secretary of the MTA Soil Committee from 1970 and chairman from 1993 to 2007, member of the MTA Scientific Committee on Hydrology, the Drought Committee of the MTA, the SZIE, the DE and the NyME Habilitation Committee and the Doctoral Council. He was a member of the editorial board of national and international journals (Agrochemistry and Soil Science, Acta Agronomica, Hydrological Gazette, Archiv für Acker- und Planzenbau und Bodenkunde, Geoderma, International Agrophysics, Land Degradation and Rehabilitation and Soil Technology); Editor-in-Chief of the journal Agrochemistry and Soil Science from 1997 to 2014. As a result of the appreciation of the professional public, he was elected a correspondent member of the Hungarian Academy of Sciences in 1993 and a regular member in 1998.

As an academic, he expressed his commitment to soil science in scientific and educational decision-making bodies. These are the MTA Life Sciences Board of Trustees, the National Accreditation Committee, of which he served as Vice-President. In addition, he was a member and official of several national and international committees, e.g. Chairman of the MAE Soil Science Committee, member of the International Soil Science Society (ISSS), Chairman of the ISSS VI. Soil Technology Committee, member of the ISSS Organizational Regulations and International Programs Committee.

His scientific activity is indicated by more than 550 scientific publications and 23 books written as author or co-author.
In recognition of his more than 50 years of work in the field of soil science, his internationally renowned scientific achievements and his multifaceted educational and scientific training activities, he was awarded the Széchenyi Prize in 2004.

His commitment to soil science is most clearly indicated by his frequent, heartfelt words: “this is my life, this is what I love to do”.